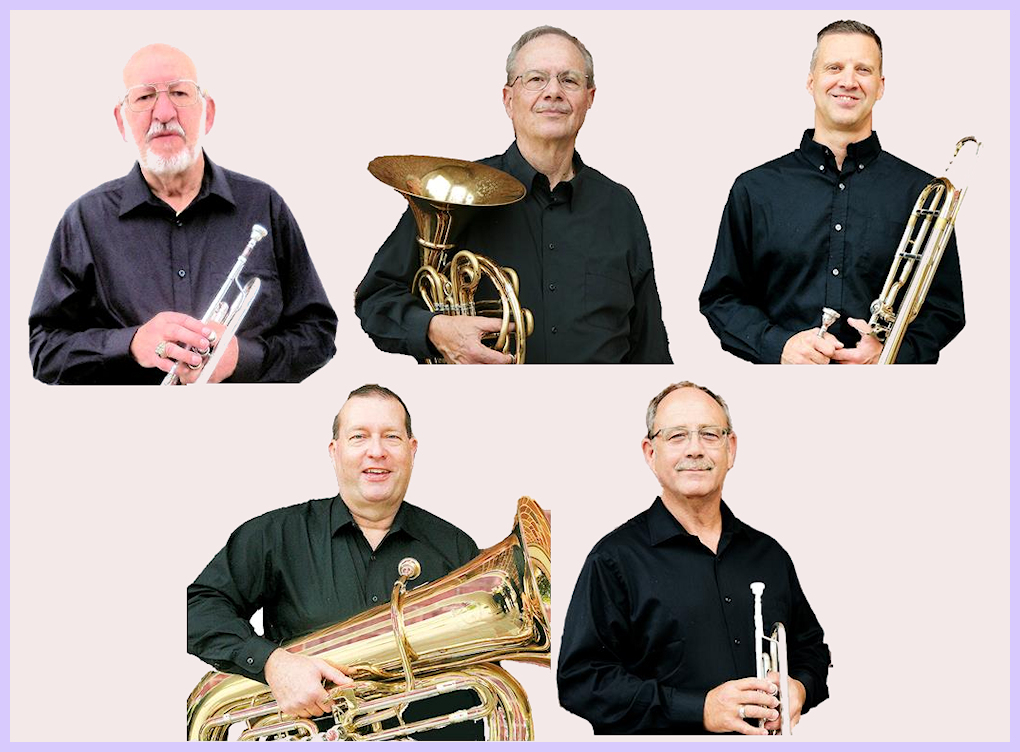 The Keystone Brass Quintet was founded in the fall of 1976 and presented its first public concert in the spring of 1977 on the campus of York College. More than 350 performances and 45 years later, two of the five founding members remain with the ensemble. The cohesive nature of the ensemble playing and richness of their sound is due in a very large part to the high level of musicianship of the unchanging personnel.

The ensemble's extensive repertoire is as varied as the audiences for which they have performed. Renaissance and Baroque music from the 15th and 16th centuries, romantic melodies, Broadway show tunes, big band music, marches, opera and contemporary literature all find their way into programs presented by this talented group of musicians. Several members of the group arrange and compose for the quintet.

Concerts have been given in dozens of churches, on a score of college campuses, and at numerous schools, summer concert series, nursing homes and libraries.

Peter Johnston, Trumpet - Pete is a  graduate of Millersville University and is a retired music teacher who taught in the Gettysburg Area School District for 32 years.  After graduation, Pete performed and traveled the east coast with a 7 piece dance band.  He then traveled to Caracas, Venezuela where he performed with the Orquesta Sinfonica de Venezuela and the National Opera and Ballet orchestras.  He returned home in 1980 to be married.  Pete has performed with the Keystone Brass Quintet for over 35 years and the Gettysburg Chamber Orchestra for more than 20 years.  Pete is a freelance musician and has performed with orchestras in York, Harrisburg, Lancaster as well as the Shippensburg Festival Orchestra.

Doug Winemiller, Trumpet - Doug is a graduate of Lebanon Valley College where he was first chair and soloist with the college symphonic band and jazz ensemble. He has studied with James Thurmond at Lebanon Valley College and Donald Tison of the Baltimore Symphony. Doug has performed with the York Symphony and as a free-lance musician. He retired from teaching music and computer science in the South Eastern School District.

Mike Hartman, Trombone - Mike is a graduate of The Pennsylvania State University. While at Penn State, He performed with various musical groups, including the Blue Band. Currently, Mike is a member of the Spring Garden Band of York and is an active freelance musician with various other groups in the area.

George DeMers, Tuba - George is a graduate of  The Pennsylvania State University where he performed regularly in various ensembles as well as The Blue Band. George studied with Gerald Mickey, Mark Lusk, Eric Henry, and Grant Moore.  While at college he was the principal tuba with the Altoona Symphony. Currently, he performs with the Spring Garden Band, the New Holland Band, the Egerlander German Band, and freelances with various ensembles and musical groups. George has also performed with The York Symphony Orchestra.

YOU ARE VISITOR NUMBER